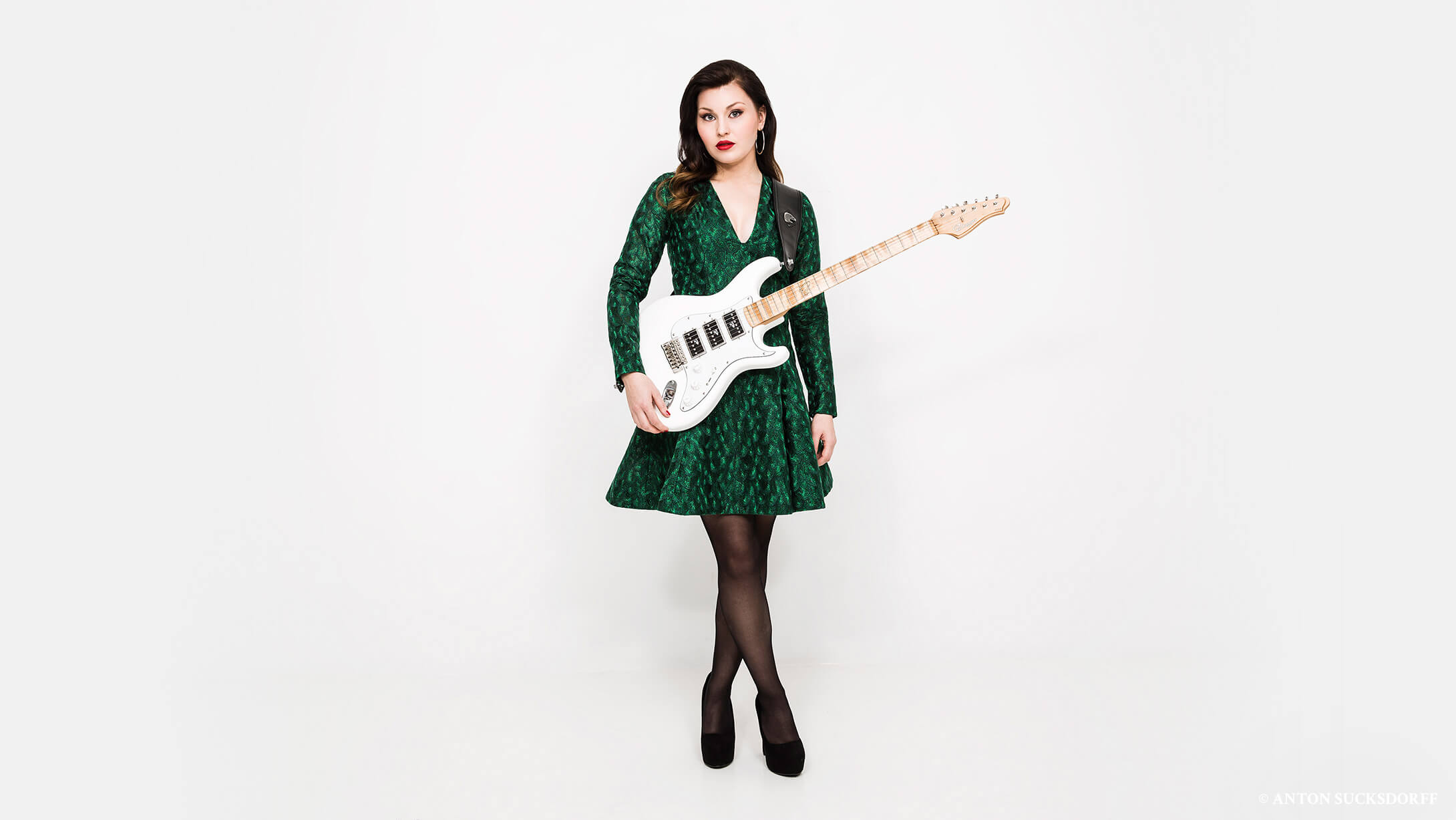 Stella Christine found us when she was looking for a guitar that would share the journey with her in the UMK-competition. She fell in love with a white VSOP we happened to have in stock, and that has became her number one electric guitar.

Stella Christine is a Finnish singer-songwriter. She first rose to public attention when she competed in Uuden Musiikin Kilpailu, UMK in 2016 (Competition of New Music), which is a tv-show but also the national pre-selection of the Finnish Eurovision Song Contest representant. The semi-final was a big success and she made it to the finals with her debut single Ain’t Got Time For Boys. According to critics, it was an unusual Eurovision song because of its soulful and jazzy vibes but definitely one of the most musically rich songs in the competition.

Stella is from a musical family. She grew up listening to her father playing songs by bands and artists like The Beatles and Tommy Emmanuel on the piano and the guitar. Her mother also played the piano and sang. Stella started off singing and playing the piano as a child. As a teenager she started playing the bass in her first band – according to Stella it was because nobody else would play it. However, very soon after that she found the guitar and hasn’t let go of it since. The soothing sound from the guitar, whether it’s from an acoustic or an electric guitar, is her biggest inspiration when writing songs.

Ain't got time for boys

"The Ruokangas VSOP is my number one electric guitar. It simply feels like it’s meant for me and is the most beautiful sounding and looking guitar I’ve ever had."